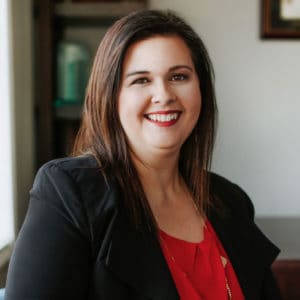 Shayna earned a Bachelor of Arts degree from the University of Louisiana at Lafayette and ultimately, a Juris Doctorate from Southern Methodist University’s Dedman School of Law. In 2010, she became a partner at Hunter, Hunter, & Sonnier, LLC., where she specializes in general litigation, family law, estate planning, and successions and is licensed in both Louisiana and Texas.

Early in her life, Shayna witnessed the value of a skilled attorney as her family faced a significant legal battle, and this experience inspired her to pursue a career in law. She is passionate about her faith, family, community, and work and volunteers her time as part of numerous organizations and associations. Peers will attest some of the many characteristics that set Shayna apart are both her ability to establish trust with her clients as well as her hands-on approach to every case.

In her free time, Shayna enjoys spending time with her family, friends, and animals, playing tennis, and traveling. Her favorite quote is, “We live as though the world were as it should be, to show it what it can be.”

Past Experience & Community
Through the years Mr. Hunter has served on the board of directors for dozens of clients and has been the chairman of the board of directors for multiple successful corporations. Mr. Hunter has proudly served as lead outside general counsel for a variety of organizations both inside and outside the United States. Mr. Hunter has provided legal services for numerous entities for startup companies that he has structured from the conceptual stage, through growth stage, through eventual multi-million dollar acquisitions or other exits. Mr. Hunter has overseen, drafted, and implemented dozens of program related investments in the technology and research sector and regularly works with institutions such as Tulane University, Louisiana State University, and the Salk Institute for Biological Studies. Though rarely handling litigation personally, Mr. Hunter has consulted with and supervised lawyers from dozens of firms around the United States, Mexico, Belize, Great Britain, and Hong Kong in opportunities or disputes for his clients in a wide range of complex commercial matters. Though Mr. Hunter currently focuses primarily on his legal practice, he has a strong background as a purchasing agent that negotiated and oversaw the acquisition of tens of millions of dollars of equipment for various clients. Additionally, for many years Mr. Hunter has served as the compliance officer for various Louisiana, Arkansas and Texas based hospitals as well as for brick and mortar gaming operations and gaming management software companies. On a personal level, Mr. Hunter was president of the Jennings Rotary Club in 2006 and was an observer to the Louisiana State Law Institute in 2009 and then was a full voting member to that prestigious organization in 2010 and 2011 as one of the two representatives of the Louisiana Young Lawyers Association. Mr. Hunter served as a director of the South West Louisiana Community Foundation from 2006-2013 and was the chair of the Foundation’s CLE program for attorneys and certified public accountants for three of those years. Mr. Hunter was adjunct faculty at McNeese State University for upper-level accounting and commercial law courses from 2018-2021. Currently, Mr. Hunter dedicates a significant portion of his time to working with private foundations and community foundations, including the Louisiana Bar Foundation for which Mr. Hunter currently serves as a director for the southwest Louisiana region and as chairman of their pro bono project.
Edwin's Practice Areas 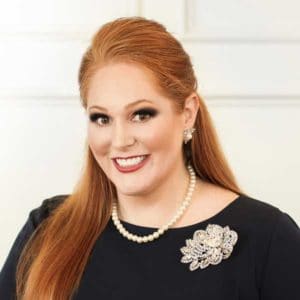 In 2009, she graduated from Louisiana State University’s Paul M. Hebert Law Center, where in addition to her studies, she worked as a lobbying intern at the Louisiana Legislature. Despite going into this opportunity confident she wanted to be a lobbyist, in the process, Becky recognized her passion to advocate for people eclipsed that of advancing large-scale issues. This change in perspective fuels a truism she’s learned about life, “The best things that have ever happened to me are a result of something I thought I wanted not working out.”

Following graduation from law school in 2009, she worked as a law clerk for Judge Penelope Q. Richard in the 38th Judicial District Court, Cameron, Louisiana. She then joined The Sanchez Law Firm in Lake Charles where she began her practice in family law. After nine years there, she joined Hunter, Hunter, Sonnier, LLC. to further that practice and her specialization in complex divorce cases, community property partitions, highly-contested custody situations, and both step-parent and private adoptions.

When asked what she loves most about family law, she reflects, “The fact I can help people on their most visceral level. You don’t get more personal than fighting for custody of someone’s kids or their retirement accounts. It's amazing to go on that journey with clients.” Further, when it comes to adoptions, Becky adds, “I love the end result is the unification of a family. Guiding them though the process that finally, and officially, makes them a (legal) family feels like a superpower. The day an adoption is finalized feels like a birth in many ways - extended family is present the courtroom – there’s a lot of smiling, hugging, and, of course, happy tears. And you know you just witnessed a truly monumental moment. It's a high that never gets old.”

Becky is married to Nic Hunter, who serves as the mayor of Lake Charles and owns Villa Harlequin restaurant. Together, they have two children.

Let our experience be your guide

Get Your Free 1 hr Consultation